100 IN 10: Humbled to complete 100 next-generation robotic surgeries in 10 weeks 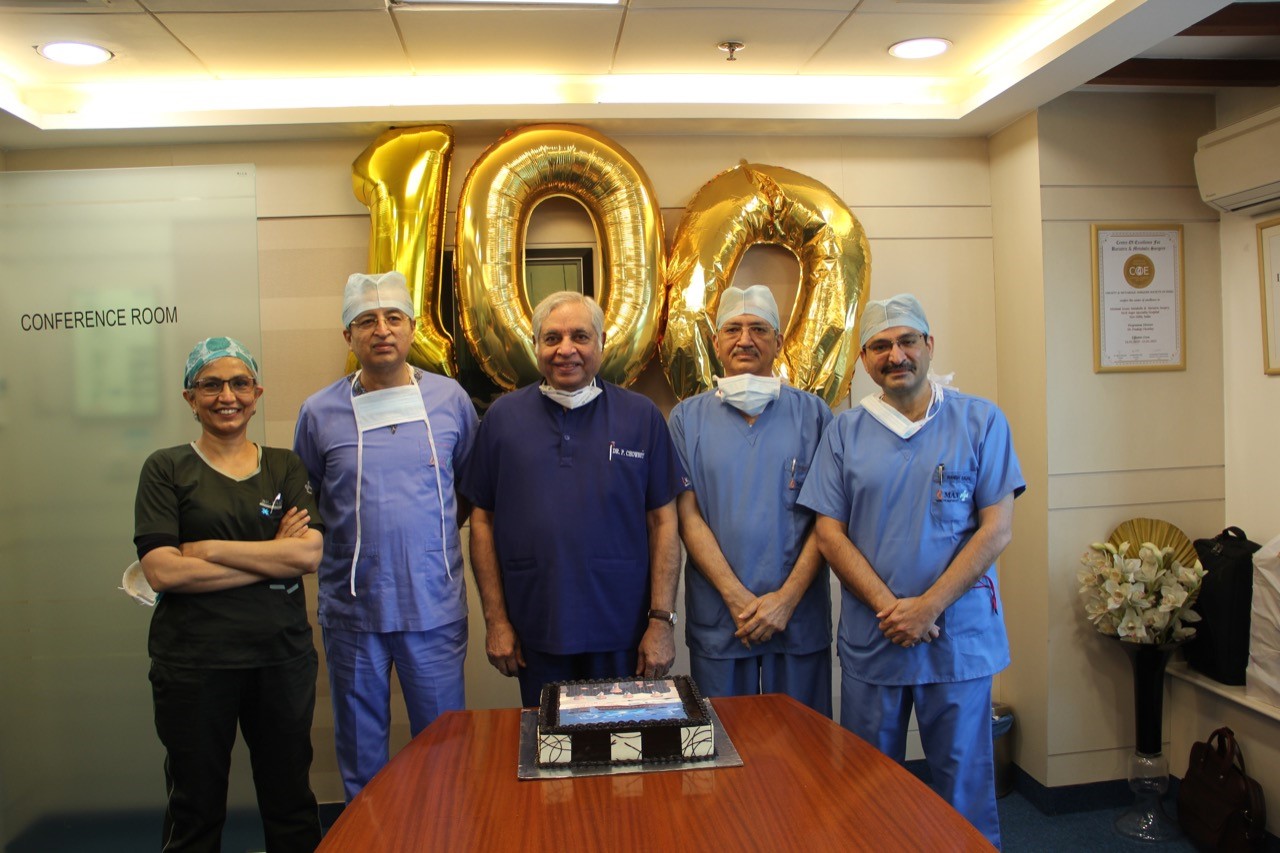 With the blessings of His Holiness The Dalai Lama Ji, on October 16th 2021, we embarked on the journey to unleash the excellence of next-generation robot, Versius. This was a big leap of faith for me and my team. Exactly thirty years ago, I was lucky to be among the pioneers to bring laparoscopic surgery to India and laparoscopy as we all know today revolutionized the surgical landscape with the minimally invasive technique causing minimal pain, quick recovery and resumption of normal activities, excellent cosmetic results and shorter hospital stay. Patients could move around on the same day of surgery. It brought significant drop in post operative infection rates that were common due to long hospitalizations in conventional open surgeries. Today, Laparoscopic surgery is the gold standard option for  most surgical conditions.

The conventional three dimension surgery obviously became  two dimensional and  lost the depth perception. It revolutionized the surgical approach and patients’ perception about the surgical intervention. This situation still remains gold standard and popular amongst all.

However, we as surgeons always missed the lost third dimension .With the next-generation robot, Versius from CMR Surgical, Cambridge, UK, we are moving back to 3D vision with all the advantages of laparoscopic surgery. This added depth perception is very crucial and critical for the accuracy and safety of the surgery.

The previous generation robotic systems were mostly being used by oncologists and urologists.

Backed by Machine Learning & empowered by Artificial Intelligence, patients get unmatched precision and safety with Surgical Excellence. It enables a 3D view with a greater depth perception that empowers the surgeon to achieve greater accuracy with ease. Its robotic arms have very wide range of movement allowing surgeon to operate in very small and confined spaces.

Versius Robotic system has an open console unlike other robots that have a tunnel like console and the surgeon does not have direct vision of the patient. However,it ensures the surgeon has a direct vision of the patient and has wholesome control with close monitoring of the minutest details of the patient during the surgery. The patient is up and about in a couple of hours after the surgery, can be discharged on the same/next day and resume normal diet and activity in very short time. Moreover, it is portable and can be moved from one OT to the next, improving the overall efficiency in the hospital system.