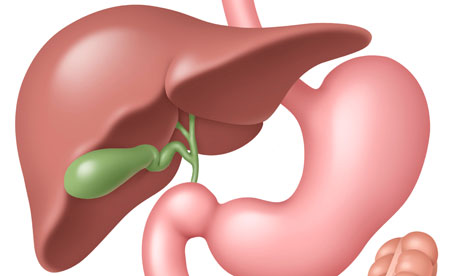 Gallbladder stones are hardened cholesterol that forms due to presence of chemicals in the bile. The gallbladder is located beneath the liver and primarily stores bile which is produced by the later.

For the bile to carry cholesterol, it has to be first dissolved here. The more concentrated the bile becomes, the better it digests fats. When the liver makes more cholesterol than can be dissolved, stones form.

What Can Cause Gallstones

Gallstones can be as small as a grain of sand or as big as a golf ball. They occur when the amount of bilirubin in the bile is high. Bilirubin is essentially the brownish yellow substance found in bile. They may also form when the gallbladder does not empty completely. Residual bile also has a hand in this condition. Moreover, these stones can be triggered by pregnancy and rapid weight loss. Gallbladder stones are also hereditary. Though, it is most common in women, anyone can develop stones at any age.

Who are at Risk

A number of factors determine those who can be at risk to gallbladder stones. The most common factors are obesity, age, and gender. Doctors say that obese people and women are more likely to get affected. Other factors are hormone therapy, use of birth control pills and elevated blood triglyceride levels.

Crohn’s disease is also a factor. This occurs when there is lack of bile acids. In this case, there is not enough bile to dissolve the cholesterol.

The Symptoms to be Aware of

Interestingly, most gallstones have no symptoms. However, you should be aware that the stones are found as a result of tests done through x-rays or ultrasounds. The symptoms appear later on with the most common being biliary colic; in other words, the pain. This happens when the gallstone blocks the bile ducts. The pain is quite severe and it is advisable to seek medical attention.

The pain is located in the right upper abdomen just below the ribs. It can also be felt at the lower tip of the scapula on the right. This is a recurring symptom. In regards to symptoms, it should be kept in mind that gallstones do not cause belching and intolerance to fatty food.

The most common treatment is the surgical removal of gallstones which is known as cholecystectomy. This is a standard treatment which is the removal of the gallbladder. Another mode of treatment is performing a laparoscopic surgery which involves the insertion of small thin tubes along with video cameras to perform the surgery with minimal incisions. This form of treatment guarantees less pain and faster recovery. The average cost of and cholecystectomy and laparoscopic surgery is rather affordable and depends on the surgeon you appoint.

Normally before surgery, the patient is thoroughly examined and a diagnosis is given. The doctor discusses all the options with the patient and only carries out the surgery when the patient has given approval. Other treatments include sphincterotomy and dissolution of gallstones with oral medications.

Gallstones can be Prevented

This condition can be prevented by maintaining a healthy diet. Weight should be controlled; however, rapid loss is not advisable as it triggers gallstones. Diet and regular exercise also helps prevents the condition to some extent. Eating foods with fiber, fresh fruits and vegetables is highly recommended.

Many medical experts recommend that you avoid hormone therapy and cholesterol-lowering drugs. If you must consume these, consult a doctor before you self-medicate. There is also medication available such as ursodiol which dissolves cholesterol and prevents the formation of gallstones.

With some basic precautions and on-time medical help you will be able to minimize the risks and pain of gallstones to return to your routine life comfortably.

One thought on “Gallbladder Stone Treatment Cost and Other Vital Information”